On Women Turning Forty: Coming into Our Fullness by Cathleen Rountree

Right now, I am 35. Culturally, my next big birthday is 40. No reason to miss any wisdom. I don't esteem one woman above the others. Each woman delivered candor about her past experiences and current standing.Women and those empathic to women ought to read this book.
Posted by ladykhalia at 7:09 PM No comments:

A Piece of Cake: a memoir by Cupcake Brown

A Piece of Cake by Cupcake Brown

I am so relieved and delighted for Cupcake!!! I first became aware of Cupcake from an article in the Oprah Magazine in the early 2000s. I started this book knowing she would overcome. It deepens my faith knowing that God watches over people like Cupcake used to be. It lets me know that my situation is not helpless and that I can be victorious.

All praise aside, I am grateful that I didn't meet Cupcake during her drug years. Too much!! People did love her and they were unyielding with patience. She was blessed in the midst of her turmoil.

It illuminates me to my compulsions and bad habits. No need to hit rock bottom. Preventive measures saves many lives and proves just as or even moreso valuable.

Posted by ladykhalia at 4:24 AM No comments:

The Solitary Vice: Against Reading by Mikita Brottman


The Solitary Vice: Against Reading by Mikita Brottman

Mikita Brottman doesn't dispute the potential to receive enrichment by reading. Rather, she pushes the reader to consider that reading may have less influence over the masses than the power we give to it. I would have considered this author to be a kindred spirit until I learned that she loves the macabre. I shun those topics. Also, her love of books exceeded to the point where she didn't want to explore the gorgeous outdoors. In her adolescence, she frequented a local cemetery. Gratefully, I didn't lose my yearning to venture brightly outside. Anyone who loves to read books about books ought to read this book.

Posted by ladykhalia at 6:42 PM No comments:

Gig: Americans Talk About Their Jobs at the Turn of the Millennium by John Bowe, Marisa Bowe, and Sabin Streeter 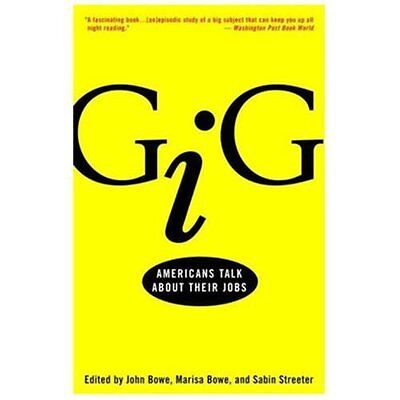 Gig: Americans Talk About Their Jobs at the Turn of the Millennium by John Bowe, Marisa Bowe, and Sabin Streeter

** spoiler alert ** My favorite profile: Dane Andrews, orthopedic surgeon. A black man who graduated from Yale, this brother made me laugh. I appreciate the entire book but his interview was the cream!! I would read someone read this for pleasure. Candor is pleasure.

Posted by ladykhalia at 1:29 PM No comments:

Shifting: The Double Lives of Black Women in America by Charisse Jones and Kumea Shorter-Gooden, Ph.D.

Shifting: The Double Lives of Black Women in America by Charisse Jones and Kumea Shorter-Gooden, Ph.D.

This book chose me at an appropriate time. I am preparing to propel a career. I empathize with what behaviours black women elect for survival. I prefer to behave similarly regardless of the company. If someone doesn't accept me, I don't associate with that person. Shifting leads to confusion and despair. You're not allowing yourself to live freely.

It pays to understand the plight of my people.

Posted by ladykhalia at 11:48 AM No comments: 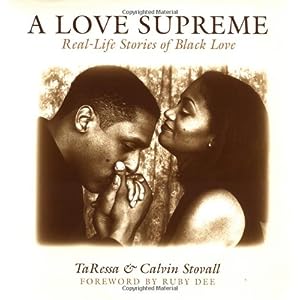 A keeper!! I think several members of our community will feel included because not everyone professes Christianity. I appreciate the African principles featured in each chapter. The principle of Sankofa moved me deeply. Sankofa stands as "the symbol of the wisdom of learning from the past to build for the future. Sankofa is a constant reminder that past experience must be a guide for the future, to learn from or build on the past (Stovall 13)."

On a somber note, I am aware that two of the couples have since divorced: Jesse Jackson, Jr. and Sandra Stevens, followed by Ayedemi Bandele and Iyanla Vanzant. If these people choose to re-enter marriage, I pray that they choose a devoted mate with clarity, respect, fidelity and the mutual bonds of love, joy, and peace.

Posted by ladykhalia at 12:01 AM No comments:

Frida in America: The Creative Awakening of a Great Artist by Celia Stahr

In childhood and adulthood, Frida maintained a friendship with her sister Cristina. I think Cristina should have been mentioned far earlier in this book.(Frida painted Cristina in 1928.) Although the affair between Cristina and Diego tarnished Frida's psyche, Stahr wrote as if Matilde ( her mother and her elder sister shared the name) and Frida had a deeper relationship.

I wish more photographs and paintings from Frida and Diego had been included. Many people will read this book who aren't overly familiar with Frida. There can never be too many photographs.

I am a Frida lover. Still delighted I read this book.

Posted by ladykhalia at 5:54 AM No comments:

I thought this collection would exceed 100 pages. I read this in under an  hour. Furthermore, it included profiles of Frida's work, not so much interviews. I'm still keeping it.
Posted by ladykhalia at 8:33 PM No comments:

Mister Gumbo: Down and Dirty with Black Men on Life, Sex, and Relationships

Mister Gumbo: Down and Dirty with Black Men on Life, Sex, and Relationships by Ursula Inga Kindred & Mirranda Guerin-Williams My rating: 5 out of 5 stars
** spoiler alert ** I loved this book but I have one issue. In the first entry for the fifth chapter called 'Marriage', a man named Terrence grants his opinion. Terrence appears again in the thirteenth chapter called 'Self-Image'. How is it that Terrence wasn't included in the first chapter? The first chapter is called 'Past'. 'Past' is where the authors introduced the men interviewed for this book. I enjoyed being able to turn back and read the primary details of each man in order to understand him better. I wish an explanation had been given as to why Terrence didn't present any early life details. Still an awesome book!!
Posted by ladykhalia at 12:36 AM No comments:

Who I admire the most from the Bible

Women
From the Old Testament: Rahab. I love the fact that she was a prostitute and the Lord still granted her preferential treatment. I believe she's the reason people like to say 'a hooker with a heart of gold'.
From the New Testament: Mary of Bethany. I believe Mary of Bethany, Mary Magdalene, and Mary, the mother of Jesus were three individual women. Mary of Bethany had a gentle and quiet spirit along with being a keen listener. I cherish how she chose to learn wisdom. I want to be a sharp, nonjudgmental listener. When we judge someone, it opens the door to ourselves being hurt. Think about it. When we judge, our countenance changes. This instigates ire in the other person.
Men
I love Joseph, from the Old Testament. He was the elder son of Jacob and Rachel. He connected as a full brother to Benjamin. His father Jacob gifted him a handsome robe and this caused his brothers to get overcome with jealousy. So immense was their anger that they sold him into slavery. The slave traders shipped him to Egypt. He spent the rest of his life in Egypt. First, he served in Potiphar's house. Potiphar's wife became attracted to him. Joseph rejected her advances. Thus, Potiphar's wife falsely accused him of rape. Potiphar had Joseph imprisoned. I don't know how long exactly Joseph was locked up but he stayed behind bars FOR A WHILE. He rose from: slave>convict>second in command in Egypt.
Phenomenal story!!
Posted by ladykhalia at 12:43 AM No comments:

My rating: 5 of 5 stars
I identify with every woman featured in some fashion. The candor! It's phenomenal, hysterical, and at times, angering. I am grateful that these women appeared to have achieved prosperity independently. Many of them admitted that they allowed men to pamper them without guilt. (I am agreeing with that belief more as I get older.) I appreciate the recipes ahead of each chapter. I'll prepare each one.
It's a keeper!!

Posted by ladykhalia at 12:41 AM No comments:

With or Without You: a memoir by Domenica Ruta 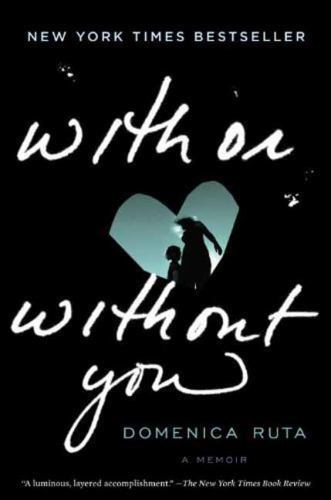 My rating: 5 of 5 stars
I identify with Domenica's struggles with her mother. Except our shared drug is food. My mother has a practical nature. The only period I remember her as a spendthrift existed after the deaths' of my grandparents. Our home had plenty of items but we didn't have animal waste on our floors. ( Neither of us wants pets.) My mom and I would go to eat nearly every day. We always had disposable income to cover our meals. We weren't rich either but we had books in our home, those bought and others borrowed from the public library. Domenica's honesty has illuminated me to myself.
I am grateful I read this book.

Posted by ladykhalia at 9:44 AM No comments:

Posted by ladykhalia at 10:42 AM No comments:

Posted by ladykhalia at 12:42 PM No comments:

Don't Call Us Out of Name: The Untold Lives of Women and Girls in Poor America by Lisa Dodson

A blessing to read!! Such warmth and empathy for the women and girls interviewed. I appreciate the tenderness and compassion Dodson extended to the women. She allowed women and girls to expose their vulnerabilities without depleting personal responsibility. No patronizing, either. I interpret that the subjects sensed ease and trustworthiness from Lisa Dodson.
I look forward to reading the rest of her oeuvre.
My rating: 5 out of 5 stars

Posted by ladykhalia at 10:42 AM No comments:

Flat Broke With Children: Women In The Age Of Welfare Reform by Sharon Hays


I would have loved more anecdotes. Hays devoted much of her analysis to scholarly research. It seemed that she focused less on her personal interviews with the women. This greatly disappointed me.

View all my reviews
Posted by ladykhalia at 11:52 PM No comments:

The No Spend Year: How I spent less and lived more by Michelle Mcgagh


The commonsense advice applies in any country and anyone could relate to her tales of overspending and keeping up appearances. Yet, I would more likely urge people in the UK to read this book because her imparting about taxes and financial tidbits suit the UK standard.

I admire her tenacity. Definitely a quality we could all use more of.

View all my reviews
Posted by ladykhalia at 5:22 AM No comments:

Giants of Jazz by Studs Terkel


I bought this book under the impression Studs Terkel had interviewed these legends. It's a series of biographical profiles. I saved the best for last: Billie Holiday. She and Bessie Smith were the only women featured in this book. I guess Dinah Washington was considered a blues singer in her time because there's no mention of her. Bessie Smith was labeled a blues singer, too. Hmmm, why no Dinah, we may never know.


View all my reviews
Posted by ladykhalia at 9:15 PM No comments:

Which translation of the Bible do you prefer? Do you read it?

When I read the Bible, I want to feel that I am having a natural, unforced lesson. When something is expressed in layman's terms, I remember it far better. I read New Living Translation, New International Version, Today's English Version, and the American Standard Version. I won't pretend that I read the Bible everyday. Ecclesiastes 7:16-18 tells us, " Don't be too good or too wise! Why destroy yourself? On the other hand, don't be too wicked either. Why die before your time? People who fear God will avoid both extremes." Reading predominantly secular books is one of the ways I fulfill this verse.

Please be respectful if you choose to express your opinion.
Posted by ladykhalia at 5:09 AM No comments:

Recent reviews by Khalia B.
What's this? 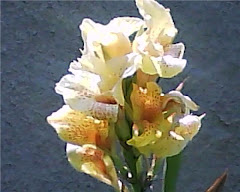 This is the beauty that I would like to be felt upon visiting my page.